How to Make a Sworn Statement on Form DA 2823 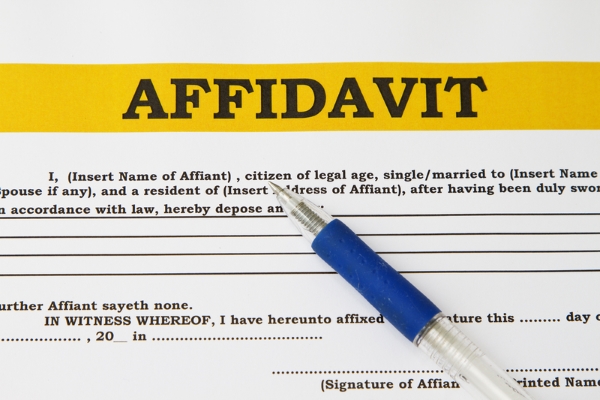 A Sworn Statement is one of the most used forms in various court proceedings and legal proceedings that require stating facts known to a person regarding a certain case and swearing to them. A Sworn Statement is especially helpful at the beginning of case hearings, as it allows court proceedings to continue without the physical presence of a witness. Previously, the eligible individuals were supposed to get sworn statements authorized by a notary public or official. Now, this is no longer necessary thanks to a separate paragraph at the end of the document where the person making the statement (a declarant) must sign off and in this way confirm that he understands the circumstances of providing false information. The United States Department of the Army has created their own form to serve as a Sworn Statement, which is the DA 2823 Form. In this blog post, we will figure out how to deal with making sworn statements requested by US military personnel.

This form is normally used by Army personnel to register a witness’s evidence or testimony in a precise and structured way, while being guided by the interviewer. This document serves as evidence in a formal investigation or as supporting documentation.

The DA 2823 is a US Army form used to document a sworn statement or testimony for various purposes, including documentation of informal events or during formal investigations.

Is the DA 2823 Form accompanied by other forms?

The DA Form 2823 is filed on demand by US Army personnel. Therefore, its due date is defined separately in each case.

US Army personnel must start filling out this form with general information concerning the investigation (the location, date, time, file number) and the interviewee (his name, SSN, grade/status, organization/address). After the testimony is neatly written, it must be signed by the witness and the interviewer.

The DA 2823 is provided on demand, for instance as evidence to legal proceedings or as a supporting document when submitting DA Form 638.