How lack of emotional intelligence can harm your career 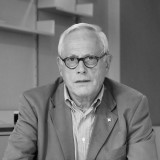 At work, we are always looking to develop ourselves and to strive for significant achievement. But in the business world, we get so caught up in the search for success, that the importance of how we act and develop emotionally, is easily forgotten. A study published in The Journal of Organizational Behavior provides significant evidence that shows this to be true.

Emotional Intelligence (EQ) is the ability to correctly recognize and manage your emotions while connecting with others on an emotional level. EQ is essential if you want to build successful relationships in business, as well as in life. Tassilo Momm and Gerhard Blickle, conducted research on this subject at the University of Bonn. They came to the conclusion, that employees with high EQ are more able to read the feelings and emotions of their colleagues, than employees with low EQ. This allows them to emotionally connect with other employees and to potentially earn more at work.

The following research provides substantial evidence that EQ plays a significant role in the workplace. 142 representatives, from different industries and working positions, had the task of recognizing the emotions of several people in different scenarios. On average, 77% of the participants succeeded in identifying the emotions of those people.

Afterward, each employee was asked to arrange the participants in a line of greatest to least, according to the following statements: “He/she instinctively select the right words and can influence others” or “People sincerely believe everything that he/she says.”

The participants who received high scores were often recognized as more socially active than their other colleagues at work. The researchers also noticed that such employees tend to earn more, even when taking into account factors such as gender, age, working hours, and working position.

How EQ impacts your salary

American psychologist Daniel Goleman notes that EQ is as equally important as IQ. He goes on to explain that the ability to control one’s own emotions and recognize the feelings of others, characterizes intelligence even more accurately than an IQ test.

Employees with high levels of EQ are more effective when dealing with stressful and adverse situations in the workplace. This is because those with high EQ are able to adjust their emotions and behavior to best fit the situation. Skillful management of emotions is especially important for employees in a position of leadership, such as managers. A high EQ level enables a manager to understand how others see him, recognize the emotions of his subordinates, and properly administer conflict resolution. Evaluating EQ is becoming popular in the spheres of both business and government. For example, the US Air Force has used the EQ-I questionnaire to hire recruiters. They discovered that the most successful recruiters showed significantly higher results in emotional intelligence by showing empathy and emotional self-awareness. The Air Force also found that recruiters with higher EQ are three times more likely to predict the success of future employees.

By emphasizing the importance of EQ, the Air Force has been able to save $3 million annually. The government Finance Committee mentioned this fact in a report to the US Congress. This resulted in the Secretary of Defense introducing this program into every branch of the military.

Big corporations have also benefited by acknowledging the importance of EQ. For example, when the life insurance division at American Express began to struggle financially, a special team of experts was hired to discover the problem. They found out that the cause of the sharp decline in sales, was partially due to the lack of emotional communication between the financial advisers and potential customers. This led to American Express becoming the first company to launch an emotional competence training program for its employees. Afterward, nearly 90% of consultants improved their work efficiency.

How to develop emotional intelligence

You can start by testing yourself to determine your current EQ level. But keep in mind, there’s no magic formula that will help improve your EQ level overnight. However, there are some steps you can take to get the ball rolling. A good first step is learning how to listen to your emotions and being perceptive to the emotions of others. The second step is to practice recognizing the causes of emotions in yourself and in those around you. Also, you can:

Have a coaching or counseling session – It can be difficult to improve your EQ level when you don’t know if you’re making progress. Talking to a life coach or counselor can help. Having someone on your side makes the process much easier and rewarding.